Can I Really Expect God to Forgive My Mistakes?

Some people may think of God as someone who might change His mind at any time about whether He will be merciful.

But if you follow Jesus, you can EXPECT forgiveness from your heavenly Father! No need to doubt or question or worry.

For You, Lord, are good, and ready to forgive,
And abundant in mercy to all those who call upon You.

When my wife, Janet, and I visited Israel, we spent some time in the house of Caiaphas and his courtyard where Peter denied that he knew Jesus.

It made me think a lot about Peter. He does really well as a disciple until Mark 14:30 when Jesus basically says, “Look, before the rooster crows, you’re going to deny Me three times.”

Peter replies, “Even if everybody else does that, I never will.” But that night in the courtyard of their opponent, Peter denies three times that he knows who Jesus is.

When the rooster crows, Peter goes out and weeps bitterly. I’m sure he’s thinking, Jesus will never want to see me again. I can’t keep it together for even this long. I know the truth and I don’t live it. I’m such a hypocrite.

But after the resurrection, as you’ll read in Mark 16:7, the angel advises the women: “Go, tell His disciples—and Peter—that He is going before you into Galilee; there you will see Him.”

So the women tell the disciples, “We saw Jesus. He says to go into Galilee, and He will see you there.”

I can imagine Peter waiting for the women to add, “But not you, Peter.” He must have been thinking, You’re kidding. I’m still invited? I’m such a wretch, but He’s giving me another chance!

So they go into Galilee to wait for Jesus.

But then one evening, Peter says to the disciples, “I’m going fishing.”

Now it sounds like he’s just going to go out and catch dinner, but when you read this story from John 21 in the Greek language, “fishing” is an infinitive verb. Peter essentially says, “I’m going back to my fishing business.”

The other disciples follow him. They fish all night and catch nothing. But then, standing on the shore is Jesus, who tells them to cast their net on the right side of the boat. When they do, it suddenly fills up with an enormous catch of large fish.

When they’re back on the beach, Jesus says to Peter, “Do you love Me more than these?”

Now, He doesn’t motion to the disciples. Instead, Jesus points to the massive catch of fish flopping on the shore, and He says in essence: “Peter, do you love Me more than these? Do you really love this stuff more than Me?”

Then Jesus tells him three times, “Feed My sheep.” Despite all that Peter had done—his denial, his fear, his inclination to return to his old life—Jesus forgives Peter and reinforces Peter’s calling to feed God’s people and help the Church to grow.

Let me tell you, just as Jesus forgave and reinstated Peter, your heavenly Father is ready to forgive you. There’s no reason for you to feel worried or anxious that He may change His mind about that. He’s full of mercy, full of forgiveness. Forgiving is one of the many good things that our Father does that we can expect.

See more of how God’s undeserved favor and forgiveness can change your life—request Bayless’ booklet “Turning Mistakes into Miracles” as well as his message “What You Can Expect from God as Your Father” on CD, DVD, or MP3 as thanks for your gift today. 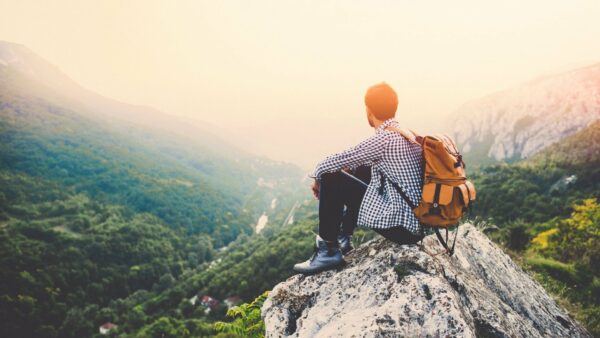 How to Know When God Is Talking to You

END_OF_DOCUMENT_TOKEN_TO_BE_REPLACED

Part four of five. Read part one, part two, and part three. How much more will God give good things to those that ask Him? We’re limited in our understanding; we’re…