For you see your calling, brethren, that not many wise according to the flesh, not many mighty, not many noble, are called.

God does not call a lot of people who our world would consider wise, noble or mighty. He calls a few, but not many. The fact of the matter is, God will use anyone who will yield himself or herself to Him.

The idea Paul wants us to understand is that the vast majority of people God chooses are a surprise to everyone else. God’s choices are generally not on our “A” list of people.

Think about the apostle Paul himself, who wrote these very words in 1 Corinthians, chapter 15, I am the least of the apostles, who am not worthy to be called an apostle, because I persecuted the church of God. And the next words out of his mouth are profound, But by the grace of God I am what I am.

Paul was a persecutor of Christians. In fact, he was so filled with hatred he even went to foreign cities to have believers arrested, families split apart, Christians jailed, beaten, and at times even executed. And yet, God chose Paul as His mouthpiece.

It was so astonishing to many in the church that they didn’t want to receive Paul when he was first saved. They thought it was a trick. It took them a while to understand that God actually had saved him and was using him.

Paul would not have been one of their primary choices as a vessel for God. I love that about the Lord. He uses the unexpected and those we might pass over to carry out some of His most important work. 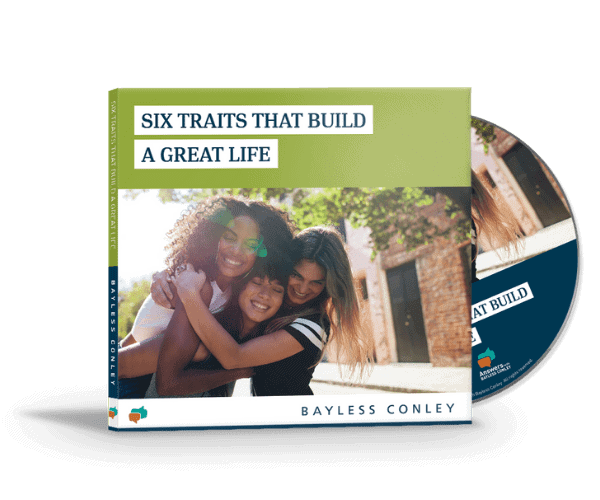 God has called you to live a truly meaningful life!

1 Thessalonians 5:15 is a powerful verse that speaks to everyone, See that no one renders evil for evil to anyone, but always pursue what is good both for yourselves...

Romans 12:9–14 says, Let love be without hypocrisy. Abhor what is evil. Cling to what is good. Be kindly affectionate to one another with brotherly love, in honor giving preference...

For the wrath of God is revealed from heaven against all ungodliness and unrighteousness of men, who suppress the truth in unrighteousness (Romans 1:18). A truth that is suppressed is...

Do you find yourself lost, without direction or purpose? Or maybe you just need a little dose of inspiration every day… Sign up to receive the free daily devotional from Pastor Bayless.