Are You Struggling to Find Peace?

At some point, you and I have grappled with depression and struggled to find peace.

If that’s where you are today, I want to point you to two scriptures. The first is Proverbs 3:1-2. It says,

“My son, do not forget my law, but let your heart keep my commands; for length of days and long life and peace they will add to you.”

The second scripture is found in Psalm 119:165, which says, “Great peace have those who love Your law.”

There was a lady in our church a number of years ago who truly reflected this truth. She was a walking Bible.

If I ever got stumped on a verse, I’d point to her and say, “What’s that verse?” She’d give the reference and quote the verse verbatim. It happened numerous times. She never missed.

Why did she know God’s Word so well? She had been severely depressed, not stepping out of her house for a solid year. She was isolated, secluded, with dark thoughts continually assailing her mind…sometimes even suicidal thoughts.

She had no peace. She couldn’t even function as a wife to her husband or a mother to her children…until she began feeding on God’s Word.

She read it over and over again. She even started speaking the promises aloud. And eventually those dark clouds began to part. The seed sprouted and grew, and it produced a harvest of peace in her life.

She was such a champion for the Word because she knew what it had done for her. And she knew it could do the same thing for anyone else who was struggling like she was.

We all have trials. We all have difficult times we must face…all of us. It’s a part of the human experience. But you and I can cast our cares on God and truly live a life of peace.

My wife Janet is a great example.

When Janet and I were in Bible school, I asked her to go to lunch with me. She said, “Well, I’ve got to pray about that.” A few days later, she got back to me and said no.

Later on, I learned the reason she said no the first time was because she was grappling with dark, depressing thoughts every day. Her life seemed to be falling apart, even to the point where she began entertaining suicidal thoughts.

She was in this deep, dark well that she couldn’t seem to get out of. And the thing that liberated her was God’s Word.

The Scriptures spoke the truth of how God loves her as much as anyone else…how God’s love is unchanging…and how that love isn’t based on our character but on who He is. It completely set her free.

God’s Word can do the same for you no matter what you may be going through.

Access the mountain-moving, relentless power of God’s Word as you come to understand a principle Bayless says has changed his life more than he could possibly communicate. Watch “God’s Answers for Sickness and Fear” today.

Keys to Your Healing

Peace Can Be Yours

I’ll never forget the night I gave my heart to Christ in that little mission in Medford, Oregon. In that moment, I was so overwhelmed that I began to sob…

END_OF_DOCUMENT_TOKEN_TO_BE_REPLACED 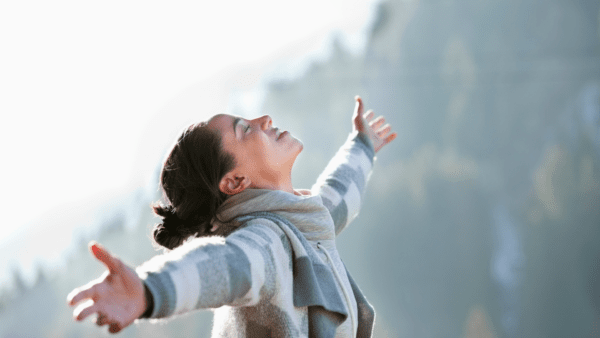