“For when we were still without strength, in due time Christ died for the ungodly. For scarcely for a righteous man will one die; yet perhaps for a good man someone would even dare to die. But God  demonstrates His own love toward us, in that while we were still sinners, Christ died for us.

God loved us when we were His enemies. How much more will God do for us now that we are His sons and daughters?

Friend, you need never fear the wrath of God. When Jesus Christ died upon Calvary’s cross, the wrath of God against sin was poured out upon Him as your substitute. How much more now that you’ve been justified by His blood shall you be saved from His wrath? We who were enemies are now welcomed in as God’s own family.

But He hasn’t just saved you from something; He has saved you to something.

Continuing in the chapter,

“But the free gift is not like the offense. For if by the one man’s offense many died, much more the grace of God and the gift by the grace of the one Man, Jesus Christ, abounded to many” (Romans 5:15).

“For if by the one man’s offense death reigned through the one, much more those who receive abundance of grace and of the gift of righteousness will reign in life through the One, Jesus Christ” (Romans 5:17).

“Moreover the law entered that the offense might abound. But where sin abounded, grace abounded much more” (Romans 5:20).

The Bible says if sin reigned through death, much more are we to reign through the grace of God! And that word reign in verse 17 literally means “to reign as kings.” In fact, it’s put that way in the Amplified Bible and several other translations. It means that in Jesus Christ you were redeemed to reign with delegated authority.

Friend, grace is stronger than sin. Life is stronger than death. God’s plan was never to have you ground into the dust by life and held in a headlock. His plan is for you—through faith in Him—to live a full, blessed, triumphant life!

I talked to a woman recently who had been suffering for many years from clinical depression. The medical community had lovingly tried to help her in every way they could, including offering her medication. She had lost the ability to function as a wife, as a friend, and as a mother. There was this deep, dark depression and mental imbalance that had taken hold of her and robbed years from her life. But when she got a hold of the Word of God, everything changed.

She doesn’t take any medication whatsoever now, hasn’t for years; and when you talk to her, she grips your hand and looks you right in the eye. There is a grace and a peace on her that can only be described as reigning triumphantly through Christ. Jesus broke her chains, put a scepter in her hand, and said, “You can reign with My delegated authority.” And she’s doing just that. That is God’s plan for you, my friend.

Do you remember when Jesus was arrested? The story is told in Luke 22:53; He says to the temple guards and to the chief priest, “This is your hour, and the power of darkness.” And Jesus submitted to it. Why? To win the victory for us. The Scripture says that “He has delivered us from the power of darkness and conveyed us into the kingdom of the Son of His love” (Colossians 1:13).

Jesus bowed to the will of the Father. He suffered during a time that belonged to the power of darkness so that we could once and forever be delivered out from under its authority—and come into a life of the “much mores” of God.

Friend, the Bible says sin shall not have dominion over you. Jesus said, “In My name they will cast out demons” (Mark 16:17). He said, “All authority has been given to Me in heaven and earth” (Matthew 28:18).

When I first got saved, I came out of a background of serious drug addiction and interaction with the occult. I was using psychedelic drugs, as well as large amounts of tranquilizers and anything else I could get my hands on. I was in bad shape for a lot of years. And on top of that, I was an alcoholic.

Through my drug and alcohol addictions, I found myself hanging around with people who were practicing witchcraft. It wasn’t long before I was introduced to the spirit world and realized it was real.  In fact, when I accepted Christ in that little mission in Medford, Oregon, all those years ago, nobody had to convince me that the powers of darkness were real. I knew it.

Though I was saved—thoroughly saved—I would come to service in that little Pentecostal church and cry the entire time because I knew I had been rescued. But I lived every day in fear. All day long, every day, I had this gnawing fear. I was afraid of evil spirits because of some of the experiences I had (most of which I’ve never shared publicly or even among private groups). The fear was suffocating. It followed me around like a yapping dog everywhere I went. It was the first thing I sensed when I got up in the morning, and it was the last thing I sensed when I went to bed at night.

Then something happened. I went to a yard sale and bought an old leather Bible for twenty-five cents. Then, I started reading it voraciously. I didn’t even have electricity where I was living so I would burn a candle and stay up till two or three in the morning reading that old Bible. I read it night after night, week after week, month after month. And then one day, I don’t honestly know when it happened, but I suddenly realized, “I’m not afraid anymore.” And you know what? From that day to this day, I have never been afraid of the devil for one moment.

Yes, death and sin and the powers of darkness did once reign in our lives—but no more for the child of God. Friend, you serve the risen Christ; you serve the Victor who reigns over all. And He invites you into a life where you can walk and talk with the God of much more. 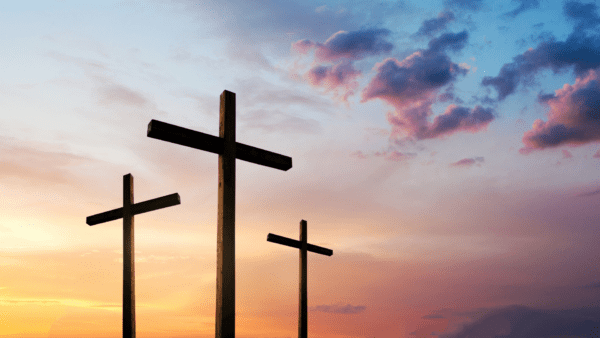 I want to tell you about an interesting contrast we find in the Bible. Writing to the Corinthian church, the apostle Paul says the following in 1 Corinthians 1:18 (NLT),…

END_OF_DOCUMENT_TOKEN_TO_BE_REPLACED 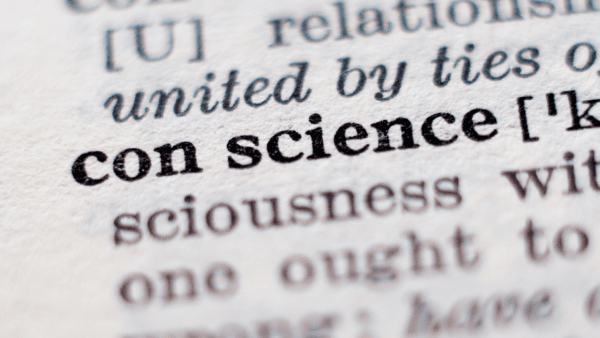